Placing an order with Jubilee Fireworks guarantees you enormous benefits over any other supplier. You can be confident that you are dealing with:

Pictured are Jubilee Fireworks Managing Director Chris Pearce, and Display Director Andrew Wiggins.  You can learn more about their incredible achievements and impact on the Fireworks Industry by clicking on their names.

From our base in The West Midlands, Jubilee Fireworks specialise in delivering spectacular professional firework displays, special FX and amazing pyrotechnics for hundreds of events annually – throughout the UK and worldwide.

But why should you select us to be your supplier? 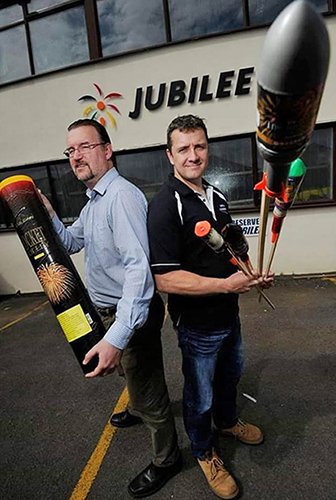 We have the experience

At Jubilee, we have been supplying top quality fireworks and displays since 1987, and have a wealth of experience in advising a wide range of clients to ensure that their display is both safe and spectacular.

Over a period of more than three decades we have become one of the most respected companies in the fireworks industry – a reputation gained through first-class customer service and support.  In fireworks entertainment, experience counts for a lot.

We have the expertise

Fireworks are our business, pure and simple.  We go to great lengths to ensure that our retail products are manufactured to the highest quality, perform well, and are safe to use.  If you use Jubilee to provide a professional operator-fired display, you can be sure that our staff are trained to the highest national standards.

We never promise what we can’t deliver, which explains why many of our clients have been with us for over twenty years!

All of our products are compliant with strict UK legislation and adhere to the new EU standards, with all items CE marked. 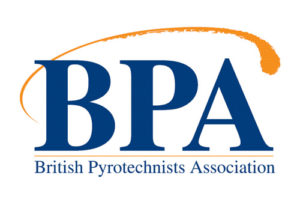 Jubilee Fireworks is a member of the BPA.  Managing Director Chris Pearce was Chairperson for several years, and we are greatly respected for our commitment to excellent standards in firework safety and training. 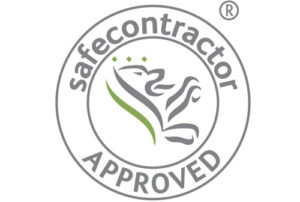 Jubilee Fireworks has been awarded accreditation from Safecontractor for its commitment to achieving excellence in health and safety to extremely high standards.   Love fireworks? Trust Jubilee.

We have the reputation

Our display team is well known throughout the world for the quality of its work in staging large-scale spectaculars.   That same care and expertise is utilised in selecting the fireworks that are included in our DIY and retail range.

Jubilee is one of the world’s most awarded fireworks companies – having gained prizes for our displays in the UK, Monaco, The Philippines, Macau and Belgium.  Jubilee are contractors for the UK’s largest annual seasonal display at Alton Towers resort and we also organise the Festival of Fireworks at Catton Hall.

Pre-eminent in our long list of achievements is the ‘Gold Jupiter’ Award at the 2015 Montreal International Fireworks Competition, the most prestigious event of its kind in the world.  We returned to Montreal in August 2017 and were awarded gold for a second time – a remarkable achievement for the company in its 30th anniversary year.

We believe that our track record speaks for itself. 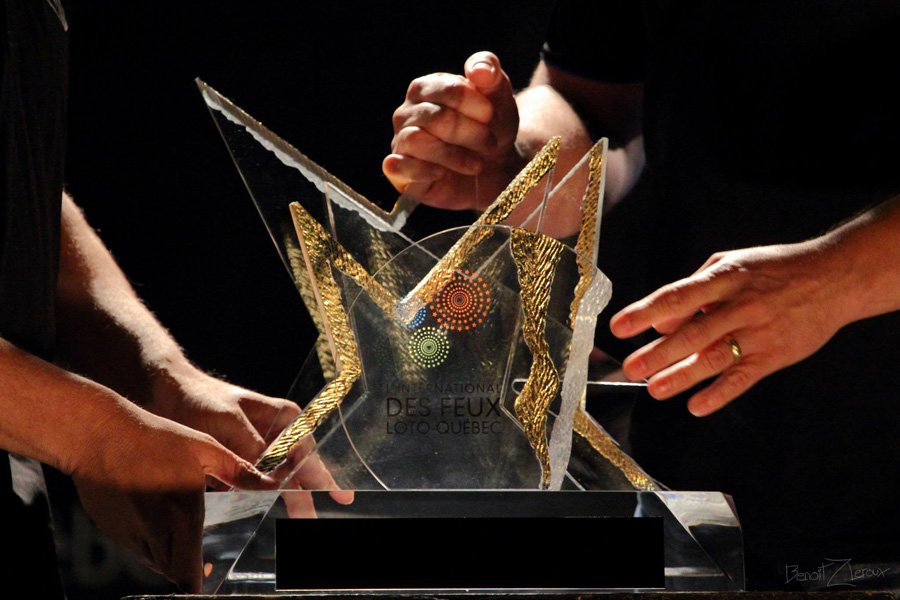 Seen on The One Show, BBC News, The Gadget Show, Discovery Channel: Pyros

“Just incredible. Beyond wonderful. The ending was fantastic. sublime. Absolutely out of this world”

“It was fantastic. Absolutely remarkable. Wonderful. I don’t think I’ll ever see one like that again.”

“They were absolutely extraordinary. They were like the wedding of the Dauphine in 1745 – really transporting!”
~ Lord Julian Fellowes

“Quite extraordinary, I have never, ever witnessed fireworks like it, and I’ve seen them on the other side of the world.”

“Do you know, I have seen fireworks before, but it just lifts the bar. It takes you on a whole journey.”